Whitehawk Camp, near the top of the hill, was recognised as being the first Scheduled Ancient Monument in Sussex. A thousand years older than Stonehenge, the neolithic landmark was once a place for gatherings, feasts and ceremonial burials. Excavations have revealed fragments of pottery, tools, chalk carvings, animal bones and four extremely poignant human burials; one a woman with her unborn baby with fossilised sea urchins and and a chalk pendant at her side.

Whitehawk Camp is one of Britain’s earliest neolithic monuments. The hill was chosen some 5,500 years ago as the site for a series of circular ditches and banks which marked the hill as an area for feasting, burials and other activities of a ritual nature. Up to five of these circular ditch rings have been traced on the hill and these have been shown to have regular interruptions in their courses. Similar arrangements are known from other sites within Britain, all dating to the late stone age. This curious and obviously non-defensive arrangement gives these sites their name: causewayed enclosures. They represent the earliest ritual circles in northern Europe and predate later stone age enclosures like Stonehenge and Avebury by up to 1000 years. They all appear to have been built around 3500 B.C. Archaeologists have explored only a small portion of Whitehawk Camp. Within the fill of the surviving ditches the remains of four complete burials have been found alongside huge numbers of stone age flint tools, pieces of pottery and the bones of ox, cattle, pig, deer and other fragmentary human remains. These suggest the consumption of large amounts of meat as part of the activities which took place on the hill. 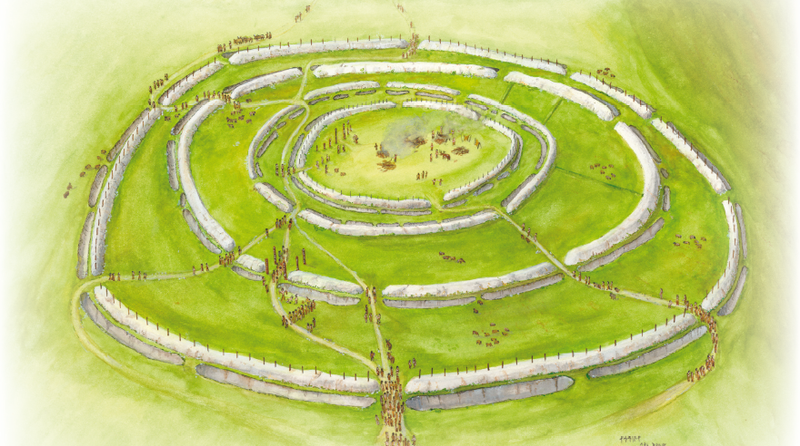 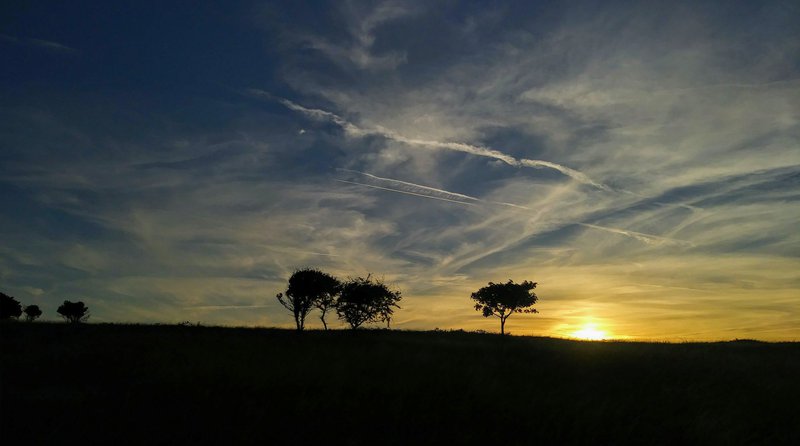 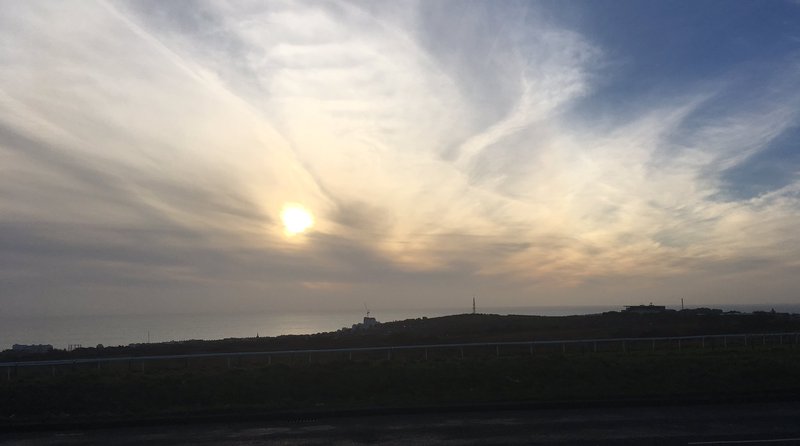 Causewayed enclosures, also known as ‘causewayed camps’ or ‘interrupted-ditch enclosures’, are of great importance in European and British prehistory. They represent the earliest known examples of the enclosure of open space. They date to the early Neolithic (4,000 BC – 3,300 BC), which also saw the introduction of agriculture and the domestication of animals, the manufacture of pottery, the first mining of flint and quarrying of other forms of stone for the production of axes, and the construction of longhouses and ceremonial or ritual monuments including cursus monuments and long barrows.

Recent research has shown that many causewayed enclosures in the British Isles were constructed within a relatively short period and most scholars now believe that the concept must have originated in mainland Europe and spread quickly through France, Germany, Scandinavia and the British Isles. Causewayed enclosures in Kent seem to be earlier than those in Essex, but those in Ireland are earlier still, suggesting the rapid transmission of ideas by sea. The construction of an artificial boundary around an area, creating a distinction between ‘inside’ and ‘outside’, private and public, human and wild, and perhaps sacred and profane, was to prove a profound social and architectural development. Indeed, some scholars believe that the act of enclosure was the primary function of the monument, the process of construction more important than the activities that took place in the interior.

The chalk uplands of the South Downs were an attractive area for exploitation by human communities throughout the prehistoric period, allowing groups access to a variety of resource types. The evidence is manifested in the archaeological record in a rich sequence ranging from Palaeolithic handaxes (and raised beach deposits at Black Rock), Neolithic and Bronze Age ritual sites and barrows (notably the Neolithic causewayed enclosure at Whitehawk), settlement sites and field systems spanning the Bronze and Iron Ages (such as Mile Oak and Varley Halls) and Later Bronze Age and Iron Age defensive enclosures (Hollingbury). Most of the recorded archaeological sites and artefacts on the chalk uplands have been revealed by centuries of ploughing or survive as upstanding earthworks. It is likely that significant prehistoric deposits also survive within the dry valleys that cut into the dipslope, but masked by deep colluvial/alluvial deposits of later date.